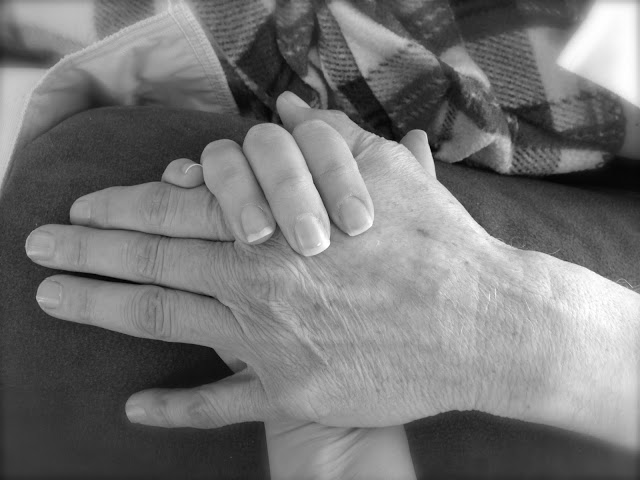 In light of Alzheimer’s Awareness month, I wanted to take a minute to share a story about my dad.  If you don’t know my personal connection with Alzheimer’s you can read about it here.

My father was an extremely intelligent and determined man.  He didn’t have a lot of luxuries growing up, so he worked to put himself through college, dental school, and pediatric dental residency.  His thirst for knowledge of any type was like nothing I have seen before.  He was always reading about his profession, his passions, and other topics that were of interest to him in an effort to educate himself as much as possible.  His brain was being challenged on a daily basis with his beloved crossword puzzles and nightly bedtime reading.  I mention this because any form of dementia can affect any brain at any time.

My mom started noticing changes in my Dad.  He would say strange things, and his stories would change frequently.  When asked about his day, he would give an answer that sounded seemingly normal, but then a few minutes later, his story would change slightly or sometimes completely change all together.  He would forget things, sometimes innocent, and other times more important things.  He would insist that he said or did something, when he really didn’t.

I was away at college when the symptoms first began, but my younger brother vividly remembers getting home from school, and greeting my dad in the hallway.  “Hi, son, how was your day?”  My brother would go put his backpack in his room, and come back out to the kitchen to talk to my dad, who would look at him in a surprised way and say, “Hey!  When did you get home?”  The first several times this happens, you subconciously make excuses for his actions…He just forgot; He had something else on his mind 2 minutes ago when he just saw me; He’s just joking with me…etc.

A few years went by with my mom noticing that my dad was forgetting more and more things.  Worried that he would be reluctant to see a brain specialist based off of my mom’s request, she dropped a hint to the family doctor that he might have some memory problems.  At my dad’s annual physical, the doctor recommended that he get an MRI to make sure that the “old age forgetfulness” was nothing more.  Turns out it was more.

The MRI results revealed that a portion of his brain had degenerated.  Once a diagnosis was confirmed, the guilt my mom experienced was overwhelming.  If she had known he had a problem, she would have been more compassionate, more patient, more empathetic. Knowing that your husband, the man who has loved you unconditionally, protected you, and provided for you for 25+ years, has a brain that is failing him was a hard pill to swallow.  Just like any life changing diagnosis, it takes a while to come to terms with it.

My dad never worried about how the disease was affecting him, he was only concerned with how it would affect those he loved.  A few weeks prior to my wedding in 2003, my dad pulled Adam and I aside and I could tell he was very nervous about what he was about to say.  He wanted to make sure that Adam was still going to love me and want to marry me, even knowing that I could potentially have the same memory problems that he has.  He got tears in his eyes as he talked, the concern in his face was more then I could bare.  How could this man, whose brain is partially missing, be worried about me?  He was the most selfless person I have ever known.  Adam reassured him that he loved me no matter what, and my father’s diagnosis didn’t change his mind about wanting to get married.  The relief that came over my dad after hearing these words was visible.  His face lightened up, his brow rose, and his tears turned from sadness to tears of joy. 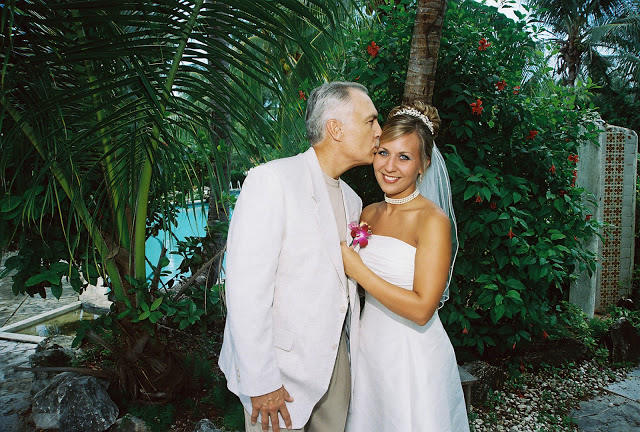 As the years went by, and his disease progressively worsened, there were many times my dad would do or say something that embarrassed me.  We would be walking down the aisles at the grocery store and he would stop and try to shake the hand of a stranger, insisting they knew each other.  He would say things that didn’t make sense and people would look at him, and me, with judgement.  He would laugh at inappropriate times, often offending people unintentionally.

As the holidays draw closer, I just wanted to take a moment to not only remember my dad, but also remind people to have a little more compassion, and a little less judgement.  As a mom, I have found myself feeling the same sense of embarrassment as my son throws a fit in the checkout line because I won’t let him get the candy he so desires.  I have felt the looks of judgement from people who think they know what is going on, and think they could handle the situation better.  You never know what someone is dealing with in their personal life, so a little kindness and understanding goes a long way.

My mom had these business type cards that she kept in her purse which said something to the effect of, “My family member is dealing with a form of dementia, thank you for your understanding”.  They did come in handy sometimes when my dad did or said something in public that needed to be further explained, yet to do so in front of him would have been insulting.  So, to pass out a card, somewhat inconspicuously, was helpful.  But, we don’t always have cards to pass out explaining our behaviors, so I’ve learned to not let other people’s opinions have as big of an impact on how I feel.  We all have our own struggles in life, and knowing the struggles my family has been through has helped me see the world through a different set of eyes.  Among a long list of other life lessons my dad’s disease has taught me, I’ve learned that you can never have too much compassion.  You may not be able to relate to what a person is going through, but you can be kind and considerate.  It’s as simple as that.  Everyone is just trying to do their best in life, and while it doesn’t always work out like we had planned, we are all in this together.

With all of the hustle and bustle of the holidays, don’t forget to spread kindness this season!

For more information on Alzheimer’s and dimentia, visit http://alz.org.

19
317 Views
about
by Niki French No Comments 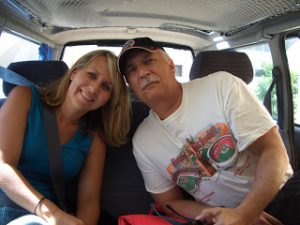